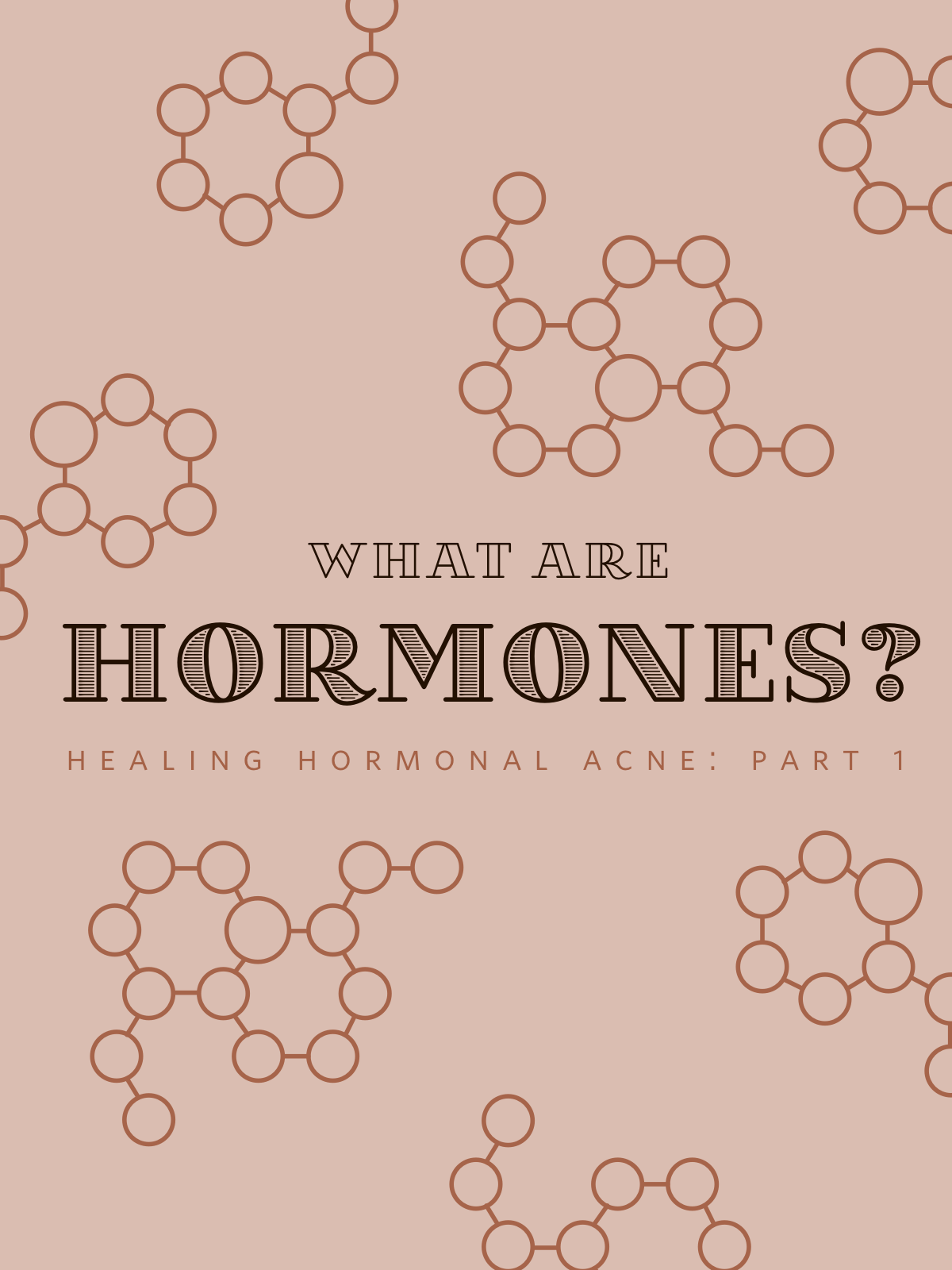 You probably remember from my Sugar Free January posts that one of my main motivations for cutting out sugar for a month was to see if it helped clear up my acne. At the end of a month though, the jury was still out. I hadn’t had any breakouts the entire month, but I wasn’t convinced — it’s not uncommon for me to go for awhile without breakouts and then get a whole bunch at once (always just as I think maybe I’ve made it better). And sure enough, a few weeks later one of the most giant pimples ever appeared on my chin.

And so, the quest to understand the cause of my acne continued. This is something that I’ve been putting a ton of time and energy into researching lately, and so I figured I’d share about it here. I know I’m not the only one struggling with annoying acne, and I’m very much still figuring this out. But I’ve learned a few things already so I’ll be doing a series of a few posts over the next few weeks! First up today, we’re talking about hormones — what they are, how & why they are related to acne, and what to do about it.

How & why do hormones cause acne?

What are we to do?

Before we get into it though, I’ll share a bit of background about myself and my situation.

I’ve been dealing with acne pretty much consistently since I hit puberty, so since I was like 12. That’s FIFTEEN YEARS folks. I’ve been on and off to dermatologists, I’ve tried Proactiv, every version of benzoyl peroxide and retinoids, antibiotics that made my hands and nose sunburn (weirdest thing ever), and the list goes on. And nothing ever worked.

As a teenager, my acne was pretty average (if not a bit more stubborn than most), but at about 21-22, it transitioned pretty seamlessly into what’s referred to as “adult acne” or “hormonal acne” — typically characterized by large, cystic pimples that are concentrated around the jawline. And that’s exactly what I’ve been dealing with since then. My teenage years left me (or my face rather) pretty much unscarred, but these giant cystic pimples have definitely left their mark on my face, which isn’t exactly helpful for self-confidence or anything.

Recently, a few things happened that made me extra motivated to seriously get rid of this.

After that stint with the birth control, I fired my dermatologist and decided I was done screwing around with my hormones, being at the whim of doctors, and not understanding what was going on.

I decided I was going to get to the bottom of this, and I needed to start at the beginning: hormones.

We’re all familiar with the sex hormones: estrogen and testosterone, maybe progesterone (which we’ll come back to in a sec). Perhaps we remember the stress hormone cortisol and have heard that melatonin regulates our sleep cycle. I’m sure you’ve heard of insulin – also a hormone. And vitamin D? Also a hormone!

Point being that hormones control a TON, and there’s also tons of different ones. I think when we talk about hormones many people only think of the sex hormones, but that’s only one small piece of the puzzle!

How & why do hormones cause acne?

The first time I heard the phrase “hormonal acne” was from that dermatologist. I was like “none of this stuff is working” and she basically told me “you must have hormonal acne.” Huh?

If you search for “hormonal acne” you’ll get results that use the phrase synonymously with “adult acne” — those cystic breakouts along the jawine. But that’s kind of misleading, because technically ALL acne is hormonal! During puberty, our bodies start producing sex hormones like estrogen and testosterone. Testosterone is in a group of “male” hormones called Androgens (both men and women’s bodies produce androgens, just different amounts). And androgens, particularly testosterone, influence the process of our face’s oil glands.

I’m sure you remember that picture in your doctor’s office of the cross-section of skin with a hair growing out of it, like this one (also wow guys don’t do an image search for acne, it’s not pretty). The oil glands (“sebaceous glands” if you fancy) produce a type of oil called sebum. Sometimes the hair follicle becomes blocked by oil and dead skin cells, and the sebum builds up under the skin. This traps the dead skin cells and dirt, and eventually bacteria starts growing. This causes inflammation and is when we look in the mirror and think “crap I’ve got a pimple.”

So: Androgens influence the amount of sebum our face produces – higher levels are associated with producing more. The more sebum our face is producing, the more likely our pores are going to get clogged and grow bacteria, producing pimples.

Topical treatments like benzoyl peroxide work for your typical teenage acne, because those pimples are closer to the surface of the skin. The benzoyl peroxide dries out the top layer of skin, killing the acne that’s living in the oil up there.

But it doesn’t work for cystic pimples, which start deeper at the base of the hair follicle. This is why dermatologists commonly prescribe oral treatments, like birth control for women. Specific types of birth control work as androgen blockers, which lower the amount of androgen your body produces, shrinking the sebaceous glands, limiting the amount of oil your face produces, and ultimately leading to less breakouts.

I want to pause here for a second because this is important.

This type of thinking — that lowering a type of hormones will lead to less acne — is inherently flawed because it doesn’t get at the root of the problem.

I’ll talk more about the amount of oil our face produces in a later post, but know this: it’s perfectly normal and healthy for our face to produce sebum. It keeps things moisturized, and actually helps remove dirt and dead skin.

So reducing the amount of oil our face produces is just removing one factor, not the entire problem.

Remember what I wrote above: HIGHER androgen levels are associated with more sebum production. So if someone’s androgen levels are excessively high, that’s an imbalance that should obviously be addressed. But no doctor has ever talked to me about my androgen levels, or – I don’t know – tested whether they were too high. I was just prescribed medication that would lower them.

Remember, androgens are the “male” hormones, so excessive amounts of them in women cause male-type characteristics. Some symptoms of high androgens (or hyperandrogenism) are excessive male-pattern facial and body hair, thinning of hair on the head, absent periods, and deepening of the voice.

And let me tell you, all the symptoms I experienced while I was on that androgen-lowering birth control? The exact symptoms of low androgen above. That’s terrifying to me, not only because I was no fun to be around, but also because that means that there could have been worse consequences if I’d continued taking the medication long term, like bone loss.

I do need to make a bit of a disclaimer: I am still taking a type of medication that is an androgen blocker (although in much lower dosages than before). It’s called Spironolactone, and was originally developed to treat high blood pressure, but has been used by dermatologists more recently because it is also an androgen blocker. I’d love to stop taking this at some point (and writing this post is making me want that point to be RIGHT NOW haha), but in the interest of not having a mountain erupt on my face on our wedding day, I’ll be taking it through then.

It has helped noticeably, but I know it’s not getting at the root of the problem. Which is why I’m spending the next few months investigating what lifestyle and dietary changes I can make to eventually have balanced hormones and be acne-free on my own!

Looking for more? Read about what vitamins and medications I’m taking for my acne, and a skincare brand I’m loving.

Let’s do a recap

What are we to do?

I know I’m painting kind of a bleak picture, but I really do want to drive home the point that messing with our hormones does not fix the problem of acne and can complicate things even more.

Hormones are incredibly complicated and there’s still a lot we don’t know about them. We do know they’re related to acne, but not enough to know what causes acne or how changing hormones in a person will affect them individually.

Those facts made me feel incredibly lost for awhile (and still do occasionally), but then I realized something:

Our gut bacteria is incredibly complicated and there’s still a lot we don’t know about it. We do know it’s related somehow to IBS and other digestive issues. We still don’t know the root cause of a lot of digestive issues, but altering a person’s diet does help certain individuals.

Sound familiar? My acne problem is not so different from my gut problems (the difference of course, is that there isn’t a group of super smart researchers in Australia who have figured out the exact foods to eliminate symptoms AKA the low FODMAP diet).

BUT. Through a process of constant experimenting and tweaking, relentless creativity, and a good dose of stubbornness, I’ve reached a point where I feel in control of my gut instead of it controlling me. I know what to do on a daily basis to keep things in check, and I know what to do when I have a flare-up. And I’m hopeful that I can apply that same process to figuring out how to control my acne too!

The first step in anything is to understand the problem (which was this mosterof a post, duh). Next up we’ll be talking about specific things I’ve done that have helped (and some thing that haven’t), including skincare products and foods I’m avoiding. Hopefully those posts will be a little less dense, but thanks for following along! 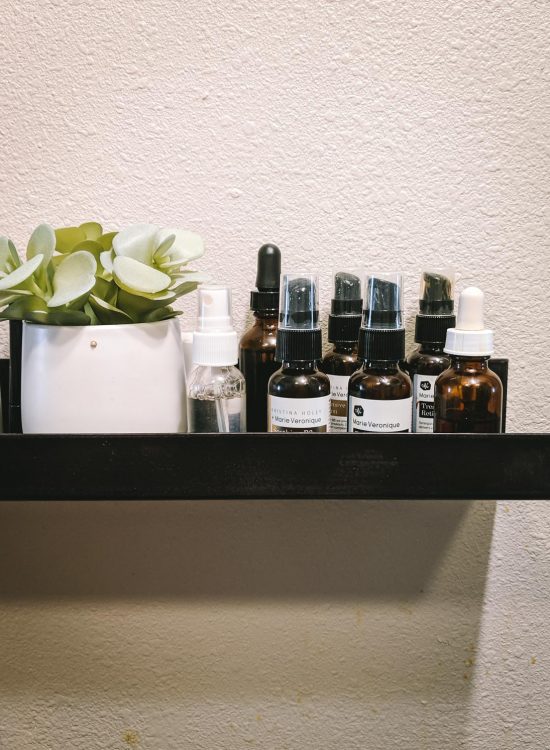 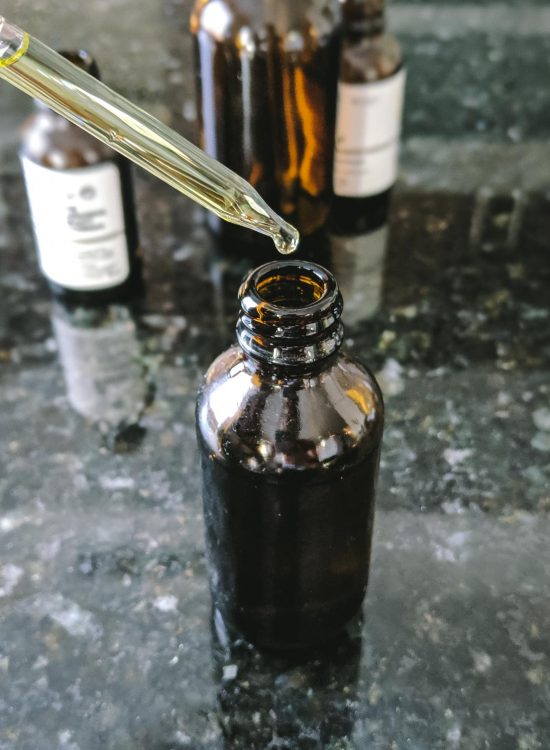 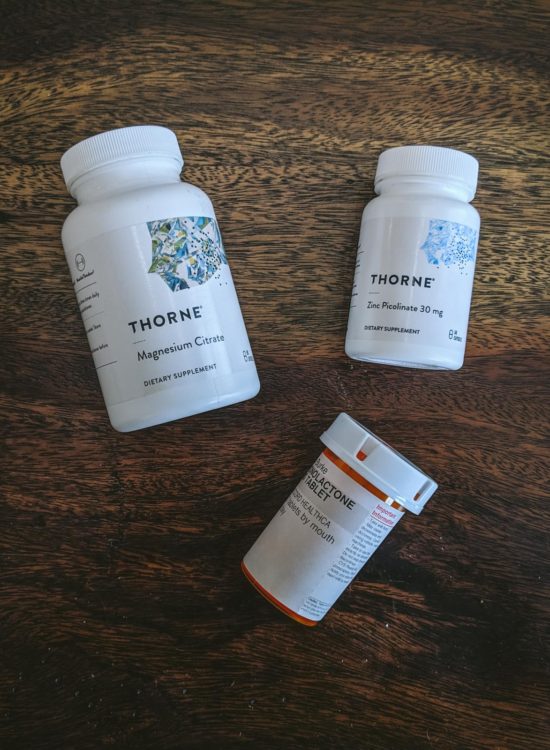 I’ve been a bit silent on the acne front here for a minute, and that’s mostly because I’ve had lots going on in my life recently. While I talked recently in my post on stress and perfection about…