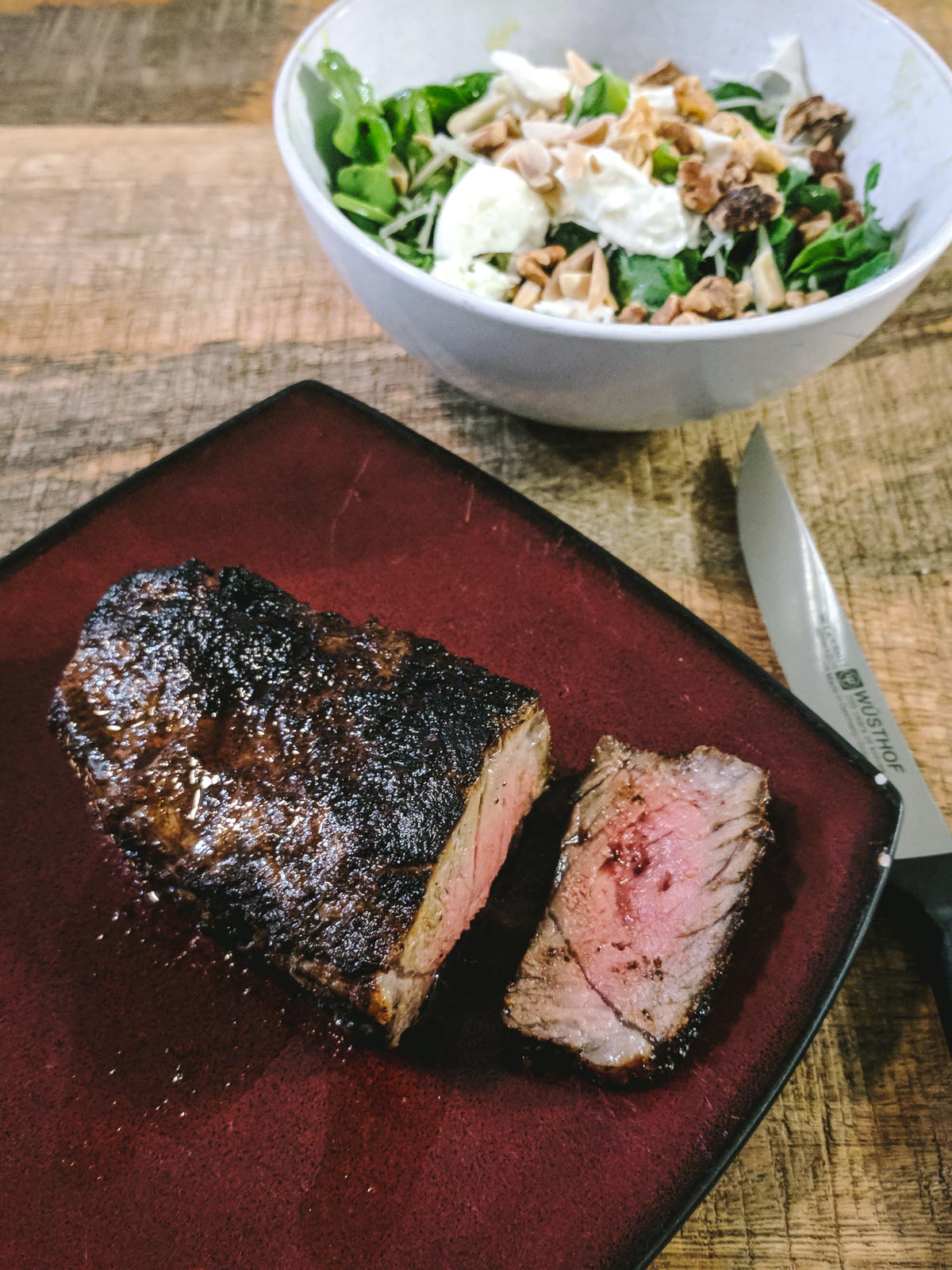 Can you believe January is already OVER?! I don’t know about y’all, but that went by so fast. And the end of January means… I’ve also gone an entire month without refined sugar!

In case you need a refresh, read my intro post for why I did this and my week 1 recap first

Today we’re going to dive into my observations & thoughts on how it went! I think the most surprising thing in all of this was how much… easier it was? I’ve thought about cutting out sugar before, but I never went through with it because I dreaded how difficult I thought it’d be. What I learned was that, although I really like sugar, I don’t actually consume that much in my daily life. It turns out (surprisingly? probably not by now) that most of the sugar I was consuming was in the form of soda in mixed drinks.

I talk about this more below, but the hardest thing wasn’t cravings, or feeling deprived; but rather how my body responded to not having refined sugar & grains — and adjusting to that.

Having a ready excuse made it really easy to say no to various sweets and things that I would have otherwise been tempted to have a little of. Other than that, daily life was surprisingly easy!

In my original post, I explained that I’d be allowing myself a small amount of dark chocolate, so I wouldn’t feel so fed up that I’d have to “cheat,” and in general I took a pretty flexible approach to this whole thing. We did visit this super authentic Italian restaurant one night, and while I was in the bathroom Marc ordered some gelato. Which I obviously couldn’t let him eat alone! But seriously, I didn’t beat myself up or feel guilty about it. Life happens, and overall I’m really proud that I did this at all!

Also, for sanity’s sake, I wasn’t super strict when eating out, and I’m sure some sugar did make it into my body in the form of a sauce or dressing. Mostly I tried to stay away from things that were obviously going to have sugar, and tried to be mindful about what I was choosing. Alright, let’s talk about what actually happened! Remember (this is for myself as well), CORRELATION IS NOT CAUSATION — as in, just because something happened in January doesn’t mean that no sugar was the cause. There were some notable observations though!

Like I mentioned in my original post, one of my main reasons for cutting out sugar was to see if it cleared up my cystic hormonal acne. After I complained in my first week recap that I’d broken out a bunch, a friend assured me that, in her experience, it got worse before it got better. So far it seems like she was right — I haven’t had any major breakouts since then. 🙏 Not trying to jinx it though, and my skin does tend to go in bouts where it behaves – before breaking out all at once again. The jury is still out on this one, but overall I would say that my skin looks healthier and brighter (it was looking pretty dull and sad prior to January).

If you want to, read more about my acne journey

I had gotten pretty used to eating something sweet after dinner (and sometimes lunch…), but that craving / habit pretty much disappeared after the first week. There was one moment last week when a co-worker brought cookies to work and my body legit flipped out when I smelled them and was like “WHAT IS THAT SMELL I WANT IT” which was really weird. But overall I feel like I can really appreciate sweets as a treat now and not a necessity which is great! 🙌 A lot of people report increased energy when they give up sugar, so I was curious to see if I would also experience this. Short story: no, not really. The long story is a bit more complicated. I actually felt less energy the first week or two. At first I thought it was just the remnants of a cold, but when it persisted (and Marc was sick of me complaining about it), he suggested that perhaps I wasn’t consuming enough energy.

This is where I make a little disclaimer: I’m notoriously bad at conducting proper scientific experiments, and this one was no different. I just get really excited / impatient and end up changing a bunch of variables at once 😂. Like, oh we’re trying to clear up our acne? LET’S DO ALL THE THINGS! Which, as Marc always reminds me, means that I can’t determine which variable caused the effects…

Soooo… I also changed my workout regimen starting in January. I’m doing more weight training and less cardio, and basically doubled the number of days I work out in a week. Which (duh Maria) was probably contributing to my lack of energy.

So about the middle of the month I started adding in more [healthy] fats & protein to make up for the lack of simple carbs & to give my body more energy. And my body has absolutely loved it. I’ve always struggled with my blood sugar being a bit unstable — nothing diabetes level, but it was prone to dropping suddenly and making me super hangry. Also, when I was doing more cardio-based workouts, my body really craved those simple carbs for energy. (This is where I jump in and note CARBS ARE NOT THE ENEMY. In fact, lots of nutritious fruits and veggies are full of them. I’m talking about simple carbohydrates that come from refined grains and sugar — the ones I cut out this month. Ok rant over 😃)

So while I didn’t really experience an increase in energy, per se, I definitely noticed having more sustained energy — versus the ups and downs that were part of my life before. I’m still getting used to / figuring out what my body wants to eat & how much of it, but I think incorporating more fats & protein in my diet and avoiding those simple carbs is going to be really great for me. Ok that’s great and all, but what now?

Ah, the million dollar question. Over the course of the month – and especially these last few weeks – it’s become clear to me that I can’t just go back to eating like I had been before, because A) I’m still not sure if cutting out sugar has helped my acne or if it’s just behaving at the moment and B) My body has really been loving more fats & protein and I’m not about to end a good thing.

So I think the plan moving forward is to continue, with a little more flexibility. I really missed fancy cocktails, and so I plan on letting myself enjoy one as a special treat now and again. On the other hand, while avoiding soda in mixed drinks was slightly inconvenient, it made a huge difference in my sugar consumption and I don’t plan on going back to the land of whiskey & ginger filled weekends.

Um, also? I’m treat myself to a chocolate chip cookie this weekend. It’s going to be awesome. 🍪 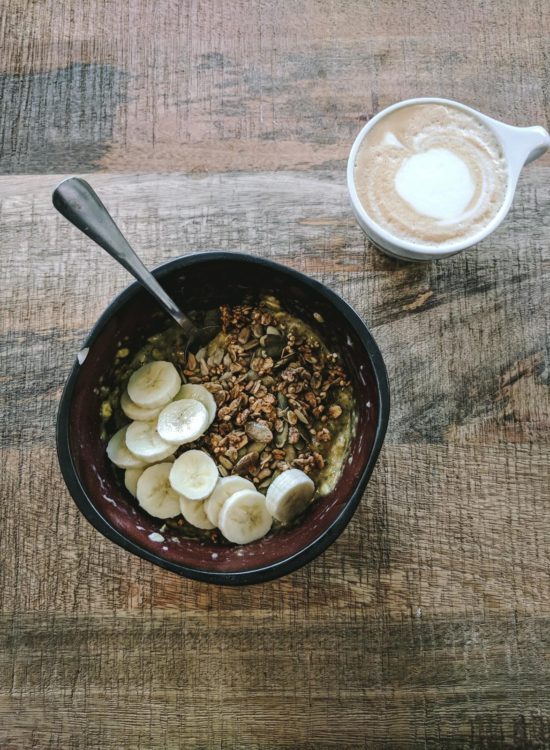 Ok, if you’ve been following for any time at all, you should know by know that I take breakfast seriously. And by seriously, I mean I seriously hate making decisions in the morning! This is why you’ll usually find me eating a bowl full of… 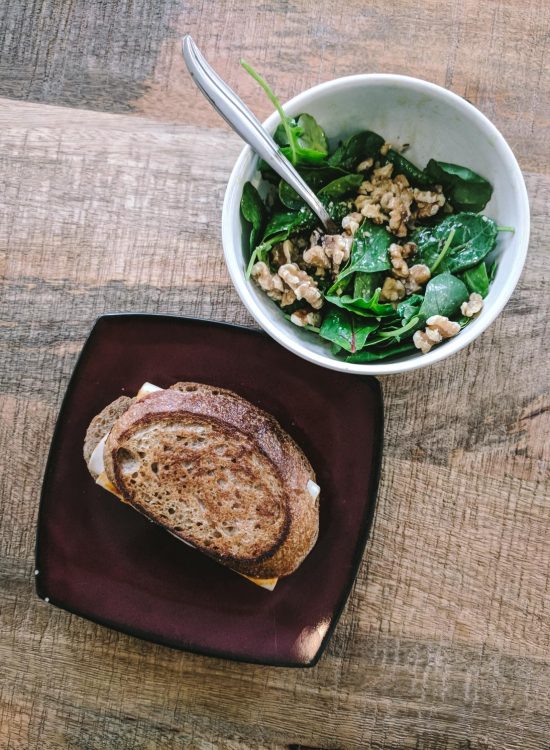 Week 1 of sugar free January is complete! In case you missed it: during the month of January I’m giving up added sugar (inspired by the folks at Pinch of Yum). This is less of a strict diet or a new years’ resolution, and more of an experiment to see how sugar affects my body. Let’s go! 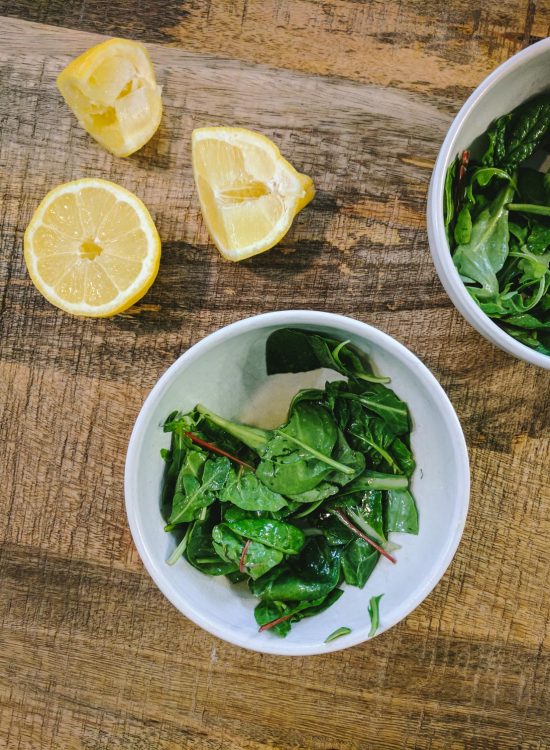 Hi and happy new year! I hope the holidays treated you well and you didn’t go too overboard on the food and drinks. If you did, no worries, we’re here with a fresh new start…