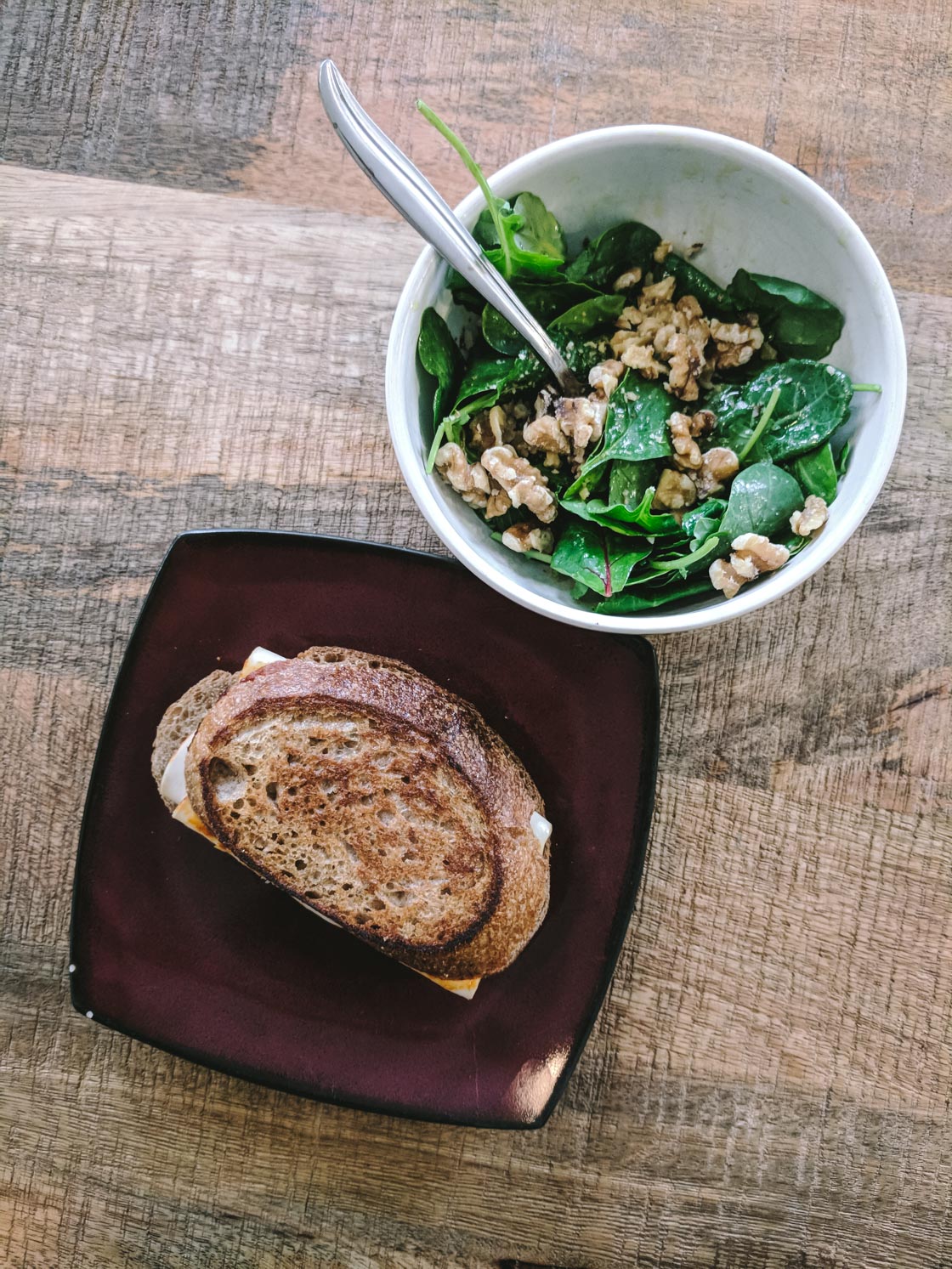 Week 1 of sugar free January is complete! In case you missed it: during the month of January I’m giving up added sugar (inspired by the folks at Pinch of Yum). This is less of a strict diet or a new years’ resolution, and more of an experiment to see how sugar affects my body. Let’s go!

What I’ve been eating

Really, I haven’t had to change too much how I eat, just tweaks here and there. I made my weekly batch of granola without the 2 tablespoons of brown sugar (so just 1/4 cup total of maple syrup). I wasn’t sure if I’d need to add more maple syrup, but I don’t even miss it! Especially when I top it with a banana and pour milk over it, ha. This is good to know, and I think I’ll probably just cut out the sugar entirely even after this month is over.

Other tweaks: I’ve been buying whole wheat sourdough bread instead of our usual white sourdough, and I’ve got mixed feelings about it. On the one hand, it has a lot less ingredients than the white bread, which aligns with my general philosophy that less ingredients = probably better for you. But on the other hand, it just doesn’t taste as good. You know, dry and dense, as whole wheat is apt to be. Not sure if this will be a long term change or not. 🤷‍♀️

I also had to buy my own jar of peanut butter because Marc is obsessed with this stuff he found at Whole Foods that – you guessed it – has sugar in it. I actually like my pb to taste really peanutty, though, so I’m not upset about that. 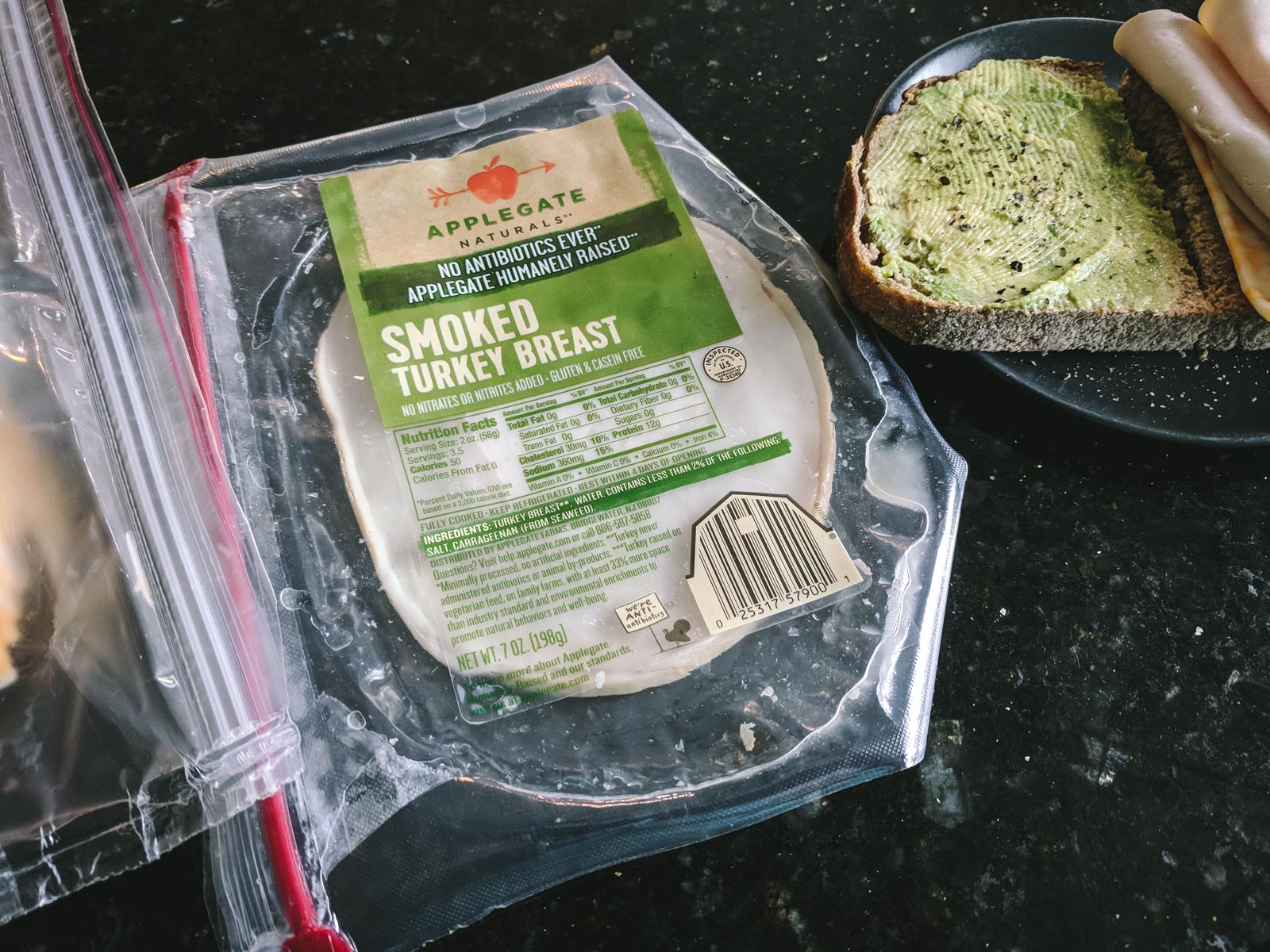 I am still upset about this one — apparently the lunch meat we’ve been buying has sugar added to it! (Pictured above.) Please tell me why in God’s name my lunch meat needs sugar?!?! I don’t understand. Luckily, Trader Joe’s sells Applegate turkey, which has no sugar and also a lot less of the other crap too. I might need to keep buying it, just because I’m going to be angry about this for awhile.

But no seriously, mostly what I’ve taken away and what’s been interesting is to watch what happens when I have a craving for something sweet (which is often, it seems). Because I can’t just mindlessly grab a piece of chocolate or candy from the snack closet at work, I end up actually thinking about why I want something. Am I bored? Likely. Am I actually hungry? Sometimes. Am I thirsty? A good bet. If I can’t shake the craving, I’ll eat a handful of blueberries or a clementine (yay fruit!). If I actually am hungry or feel like I need some energy, I’ll eat a spoonful of peanut butter or a handful of granola. But most of the time it turns out that my water bottle is empty and I’ll go fill it and go distract myself. It’s amazing to me that one seemingly simple change has suddenly turned me into this very mindful person. This is definitely something that I want to take with me even after January is over.

The first few days after lunch and dinner (and sometimes breakfast!) I really, really wanted something sweet. Well actually, no, it was just a habit. I had to stop myself from walking over to the pantry and grabbing a piece of chocolate just because it was what I was used to. But since then, that habit seems to have been slowly dissipating. I did decide to allow myself a small amount of dark chocolate, but during the first week I tried not to eat very much. I had a bite last night for the first time in several days (!) and it was so delicious!

The other hard thing, as predicted, was alcohol. But not for the reasons I expected! I did a good job ahead of time planning on what drinks I could have that didn’t contain added sugar. But I’ve ended up corroborating the results of this study, which has ironically been floating around recently. It found that people who had “low calorie” mixers in their drinks (or nothing mixed with their alcohol, in my case) got drunker faster and for longer time. So that’s great… not.

We also went to Marc’s company holiday party over the weekend and I had several very large glasses of wine, which my stomach definitely was not a fan of. I had originally put wine on my “allowed” list, but after sitting with a hurting stomach for a day and thinking about all the sugar that is in wine, I think I’m going to avoid it for the remainder of the month. 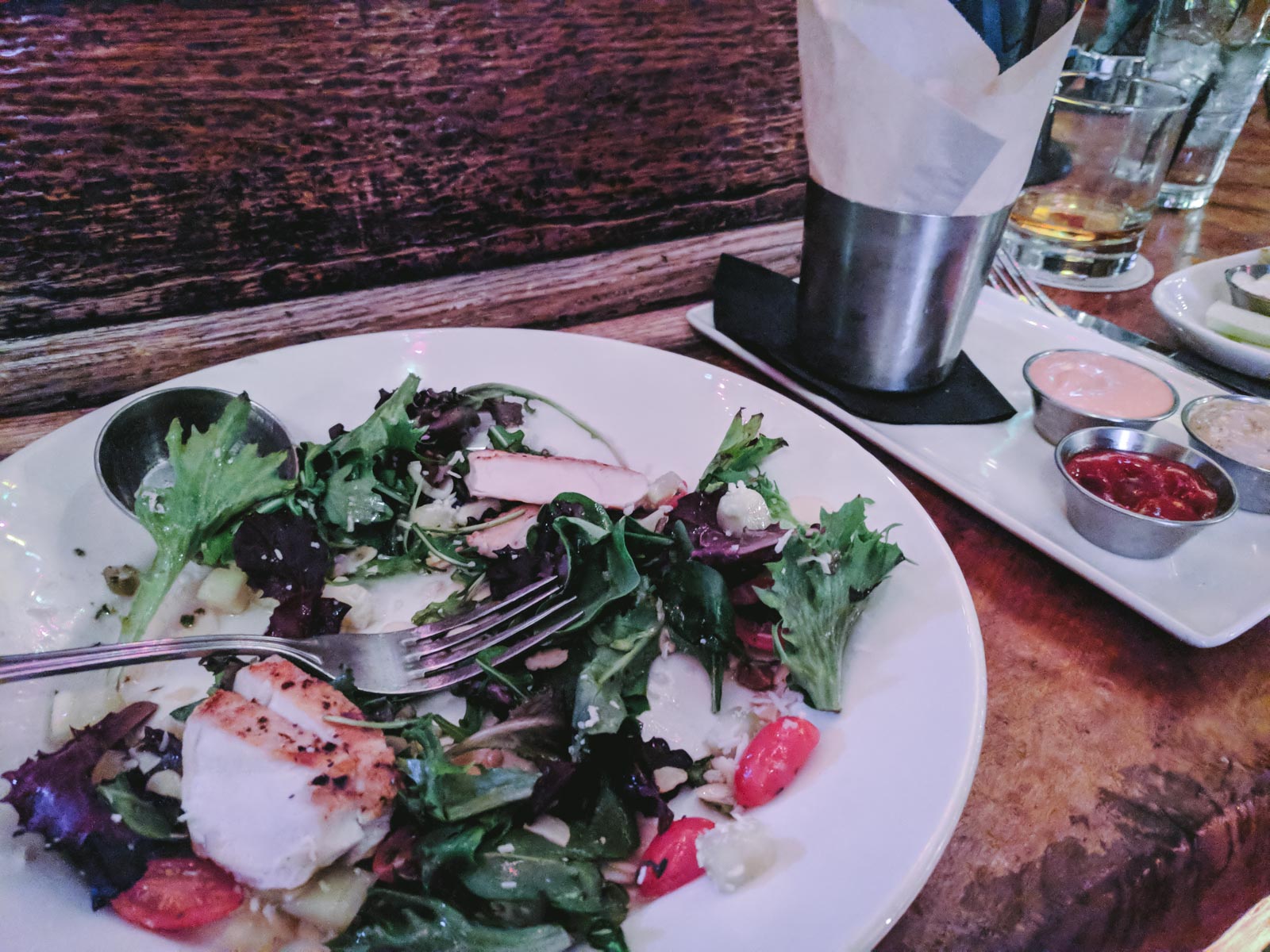 How I’ve been feeling

Not that much different, honestly. Some people experience an increase in energy when they cut out sugar, but I haven’t noticed anything yet. I was still getting over a cold and recovering from traveling last week though, so that may have been part of it.

I was also hoping that cutting out sugar would help my acne, as I mentioned. I know it hasn’t been enough time to tell, and it might take even longer than a month to notice any changes on that front, but I did break out pretty bad last week which is just very frustrating.

Ok, if you’ve been following for any time at all, you should know by know that I take breakfast seriously. And by seriously, I mean I seriously hate making decisions in the morning! This is why you’ll usually find me eating a bowl full of… 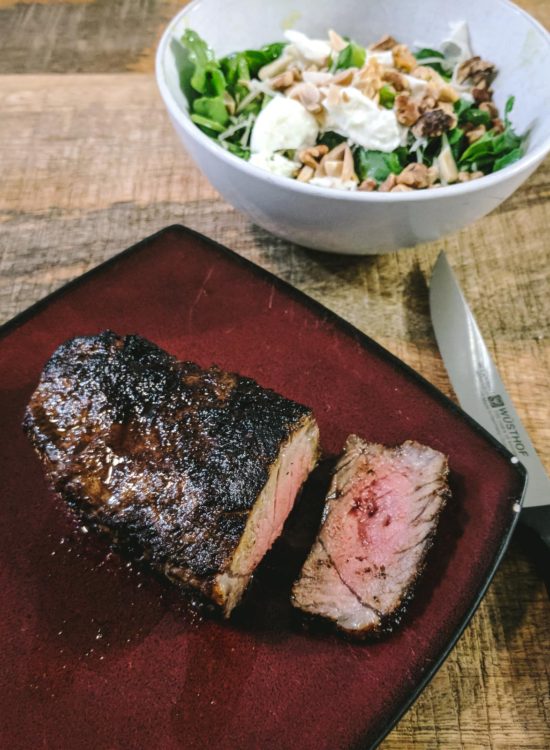 Can you believe January is already OVER?! I don’t know about y’all, but that went by so fast. And the end of January means… I’ve also gone an entire month without refined sugar! Today we’re going to dive into my observations & thoughts on how it went!

Hi and happy new year! I hope the holidays treated you well and you didn’t go too overboard on the food and drinks. If you did, no worries, we’re here with a fresh new start…