Tips for Eating Out on the Low FODMAP Diet 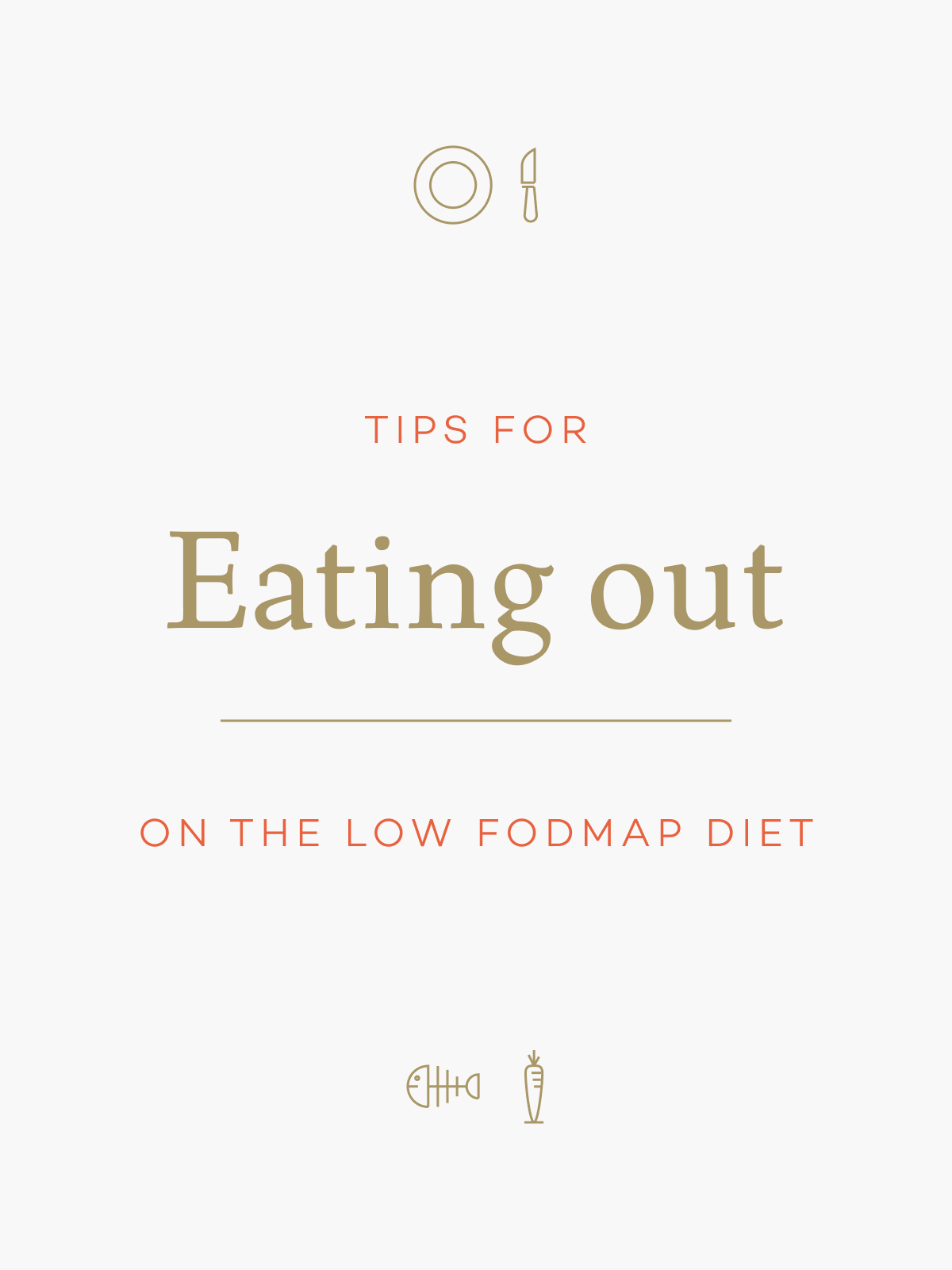 Hello and happy (almost) summer! I’ve been drafting a “tips for traveling” post in my head for quite awhile now, but when I sat down to actually write it, I quickly realized that I needed to write a “tips for eating out” post first. So… here we are!

Eating out on the low FODMAP diet can be intimidating. There are just so many foods on the “do not eat” list that it can seem like a lost cause. But there’s no need to despair! Over the years I’ve gotten good at spotting the least-likely-to-make-me-feel-miserable-afterward foods on menus, so now it’s time to share my knowledge. Below you’ll find some general rules of eating out, along with my go-to dishes and cuisines.

Update: see my Tips for Traveling on the Low FODMAP Diet for more advise!

The rules of eating out

Don’t be afraid to be that person, who customizes everything about their order. I really don’t like to inconvenience people, and I always feel kind of bad when I’m like “can I get this but no onions and no garlic mayo and on gluten free bread?” But the truth is, so many things can be low FODMAP if you just ask for it the right way! Eventually I got over it. You should too.

Get used to ordering the most expensive thing on the menu. Why is fish with no sauce and fresh veggies more expensive than fried bread covered in garlic sauce? I don’t know. And I know not everyone has the money to throw around $26 for fish or steak all the time. But it’s worth it — literally. Sure, the fish is always more expensive than the pasta, but I’m willing to pay what I have to in order to not feel miserable. My compromise is that I cook at home more than I eat out (perhaps that’s another topic), so eating out less is good for the stomach and the wallet!

Avoid sauces. I know, I know, people love sauce. But thing is, there’s always garlic and onions in sauces. And sometimes cream. And other mysterious ingredients. I’ve sort of inadvertently developed a distrust of any type of sauce, because it’s most likely going to make me feel bad. If I do get something with a sauce (or dressing), I’ll try to eat as little of it as possible.

This is (hopefully) a no brainier, but avoid anything with “garlic” or “creamy” or otherwise high FODMAP ingredient in the name. You can pretty much bet that anything you order in a restaurant is going to have a little garlic and onion in it. Do yourself a favor and don’t get the “creamy garlic shrimp.”

Accept that, as hard as you might try, you’re still going to ingest some high FODMAP ingredients. But don’t despair! FODMAPs and their effects are accumulative, so a little here and there is fine and won’t kill you. (See rule #1 about eating out less.) Just be mindful of what you’re eating and try to minimize high FODMAP ingredients as much as possible.

Ok, so now that you’re prepared to do some extra things to order the dish that’s best for you, what are those? Lots of restaurants serve similar categories things, so I’ve developed a go-to list of things that I know I can probably find anywhere.

I know salads get a bad rep for being lame and not filling, but the great thing is they’re made to order so substituting ingredients is usually no problem. So here’s my secret: order a salad and get some kind of meat on it. (Most restaurants offer chicken, steak, shrimp, etc. for an additional cost) Then, eat all the meat and about half of the veggies. If you know you need more food than that, get an appetizer or side (tortilla chips! Or some low FODMAP veggie, or fries or something). Don’t forget to look at the dressing – does it come with honey mustard? Ask for their house vinaigrette instead. And don’t be afraid to ask for no onions and croutons. Worst case scenario, I tell myself that this lame salad is better than a stomachache for the rest of the night.

Typically fish (or other type of seafood) is prepared simply and comes with a side salad or low FODMAP veggie like zucchini. I know seafood isn’t for everyone, whether because of the price or taste, but it’s a great option for those that can have it.

Steak or other meat-centric dish

Most restaurants have their “house specials” or similarly named meat-centric dishes. Steak or pork chops with mashed potatoes. Sometimes chicken breast with some sort of side. I typically don’t go for these because I really would rather have a salad (or fish), but with some customization they’re usually an excellent option if meat is more you thing. (Of course, see rule #2 about price)

If the restaurant offers gluten free bread, sandwiches are an excellent option for the same reason as salad – they’re mostly made to order to customization is easy. Remember that just because it’s is gluten free doesn’t mean it’s low FODMAP, so ask your server what kind of bread they use or what the ingredients are if you’re super sensitive. I usually find a couple of pieces of bread don’t do any harm.

A lot of the above dishes sound American (it’s what I eat most), but a lot of other restaurants still serve dishes similar to salads, or in the seafood category. In addition to those, there are couple of go-to cuisines that I’ll suggest when we’re deciding where to go out to eat.

Hooray for corn flour! Most Mexican food is gluten free which is a great place to start. (Plus everyone likes Mexican, so it’s a good option if you’ve got a group of people trying to decide where to go.) My go-to is tacos, because I live in Austin which likes to claim itself as the taco capital of the world. Also, they’re usually prepped to order, so you can easily get them without onions and sauce or any other high FODMAP ingredients. Beware of the salsa though – it definitely has onions and garlic in it. I usually eat it anyway 🤷🏼‍♀️

Ok so yeah I’m lumping all Asian into one category which really isn’t fair but it works for our purposes. But a lot of Asian food consists of rice + meat + veggies, so you have options. Things with less sauce, like sushi (I’m gonna beat you over the head with the no sauce thing) are your best bet. I’ve done ok with stir fry and curries, just obviously don’t drink all the sauce when you’re done. 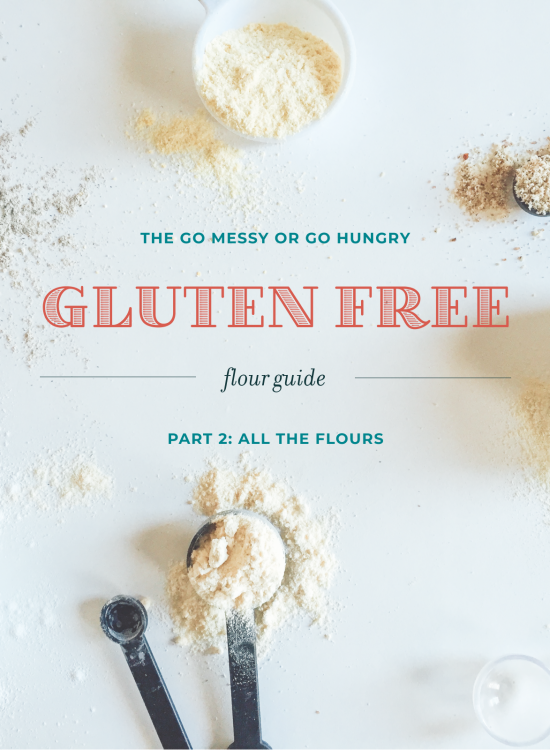 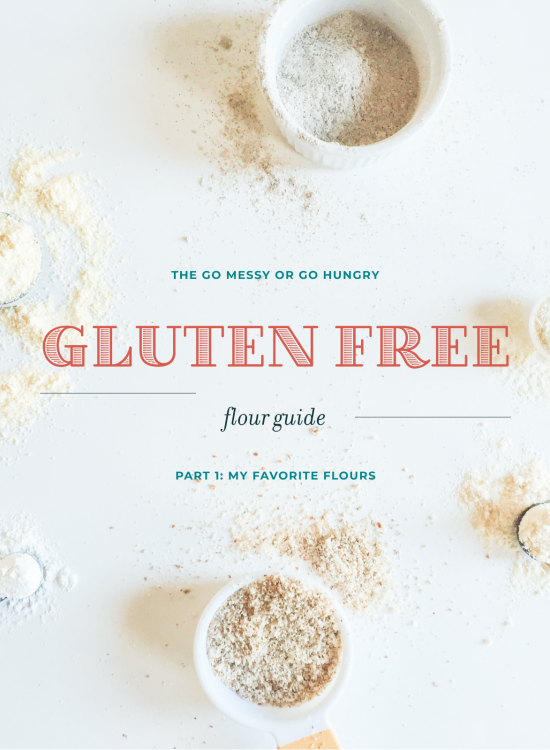 I’m not a hoarder. I’m generally terrible at stocking up on things, and have been accused on more than one occasion of throwing away things that we actually needed (sorry, second pitcher). Except… apparently when it comes to flours… 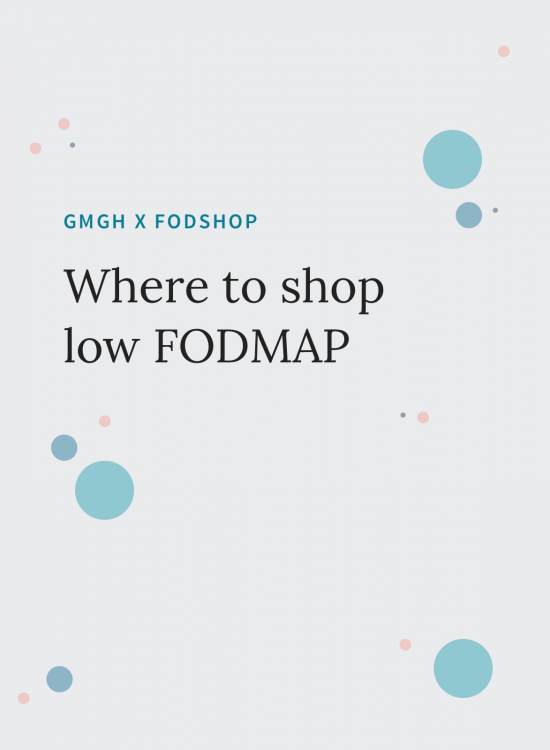